Photo topics with a theme of any kind. Any member may start one and everybody can add to it!
Post Reply
37 posts

Lovely aircraft. Apologies for the quality but these were taken on (if I remember correctly) a plastic camera back in the late 60's or very early 70's. Location was Sywell and I think there might have been 2 or 3 lined up at one time (when I didn't have my camera...)

Hi waghorn41 I hope there are hundreds of photos of Jetstreams out there waiting to join your thread .... I have lots but for this evening a couple from Humberside from 2013 and 2014 .....

A superb aircraft and ahead of its time when in its first Handley Page incarnation. Sadly i have few pictures of original Astazou engined version, took them for granted back in the day.

BAe hack J31 at Blackbushe during the 1990 SBAC Farnborough Airshow

Farewell tour of Jetstreams in 2011

Nice selection of what in the end became a very successful type.

OY-SVF Just about to touch down at BRU Aug 2013 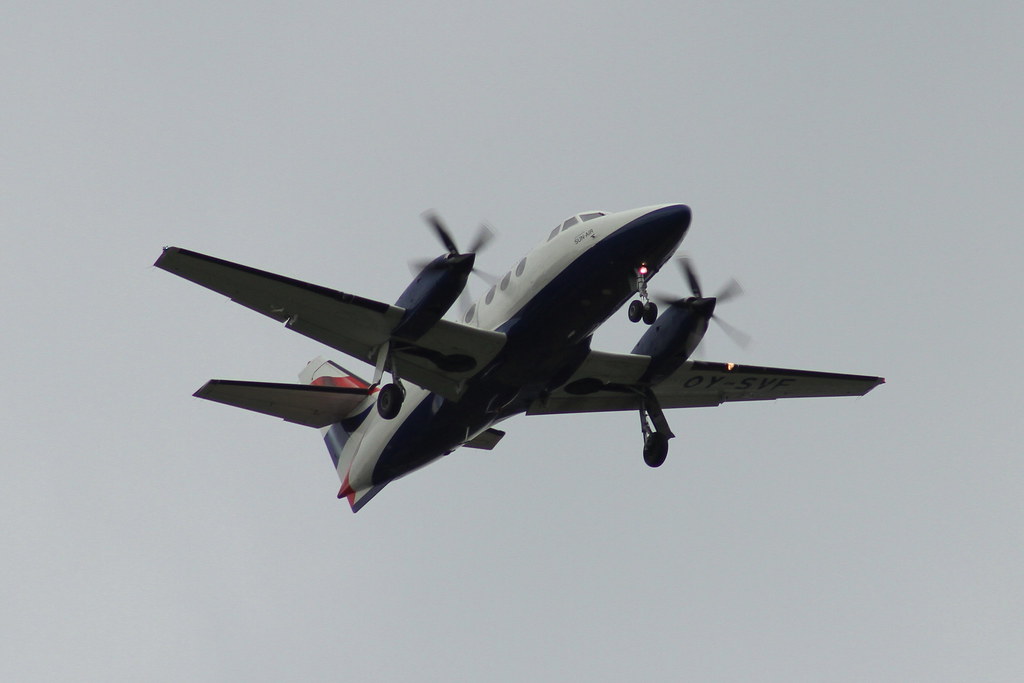 There is never a day goes by without a Jetstream in and out of here. Eastern Airways operate non stop morning to night so it was hard to find alternatives from up here in Aberdeen anyhow here is a couple ( and some Eastern) 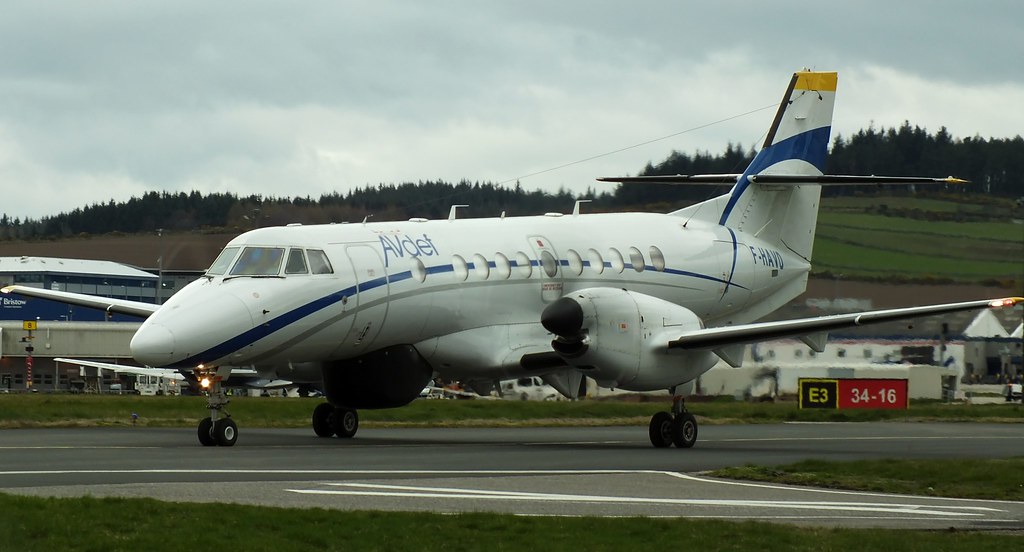 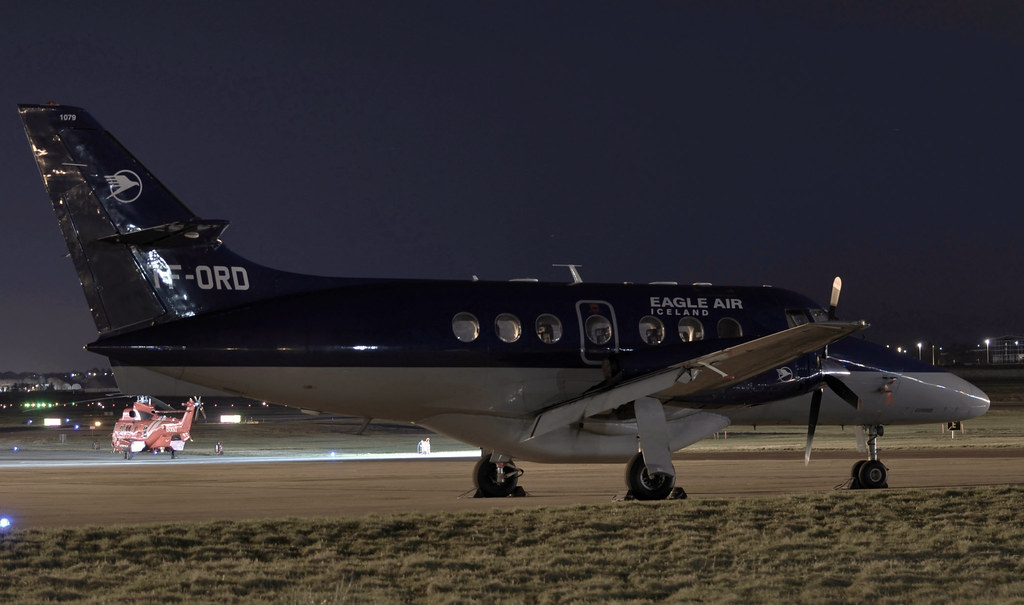 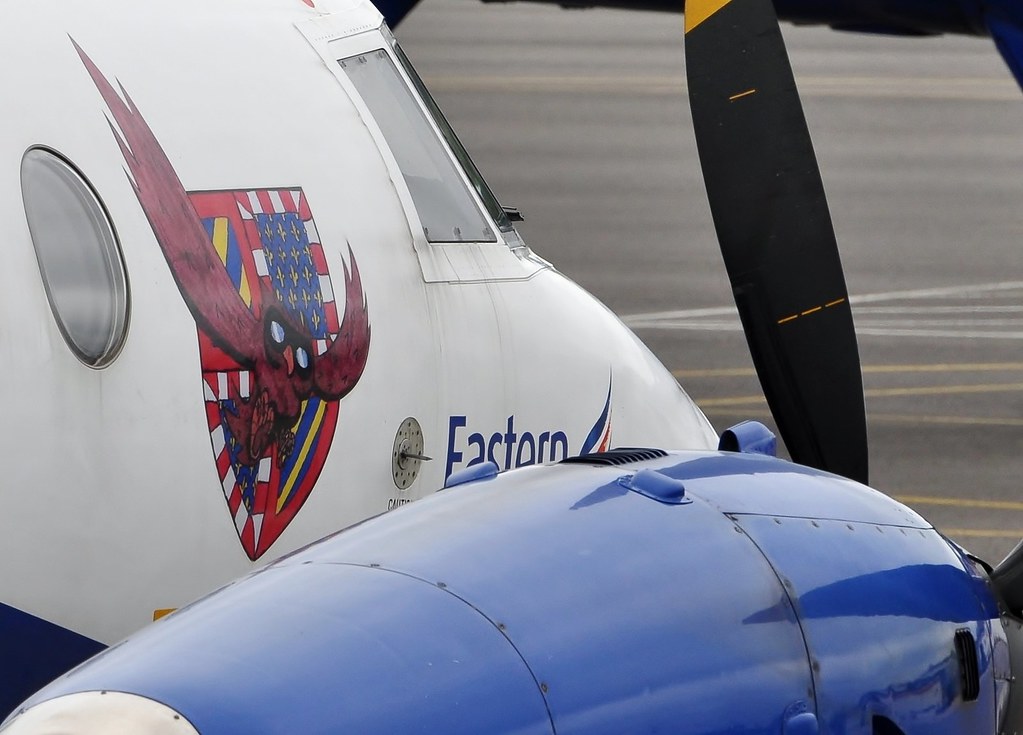 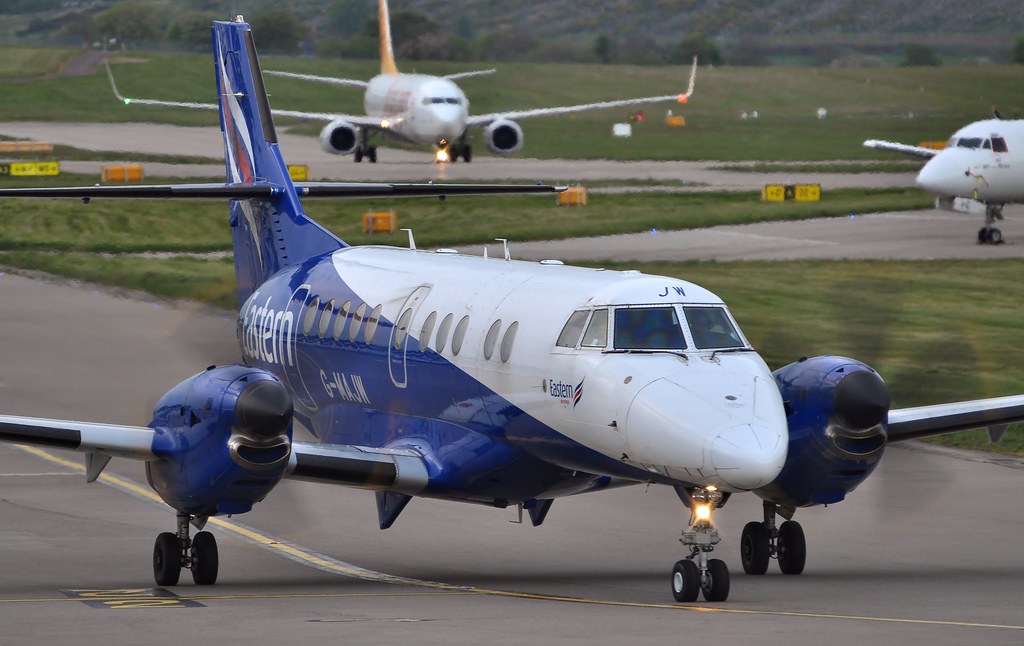 Great thread this for me. My flying club is right next to the Eastern Airways Jetstream maintenance hangar at Humberside Airport so over the years have seen a few Jetstreams (31 & 41) pass through. Here is my starter for 10.

Three of a batch of ex United Express aircraft bought and photographed in 2006. N303UE became G-MAJW (Eastern Airways), N305UE became G-CDYI (Eastern Airways) which was we believe broken up for parts at Humberside and N324UE which became G-CDYH and was sold to Yeti Air of Nepal. Have photos of this a/c in all-white and in Yeti Air colours - sadly it left from Humberside still in its UK registration.

Just gotta pop this one in .... my best efforts from today at getting one or both of the former Brindabella Jetstream 41's at Humberside .... this is all I could see through the fence

Great pix- remember doing a tour of Radlett during the early 70's whereby I got most the very early variants of the HP137.

i don't have much in the way of Jetstreams other than the hoard of eastern machines at ABZ Last year,but here goes 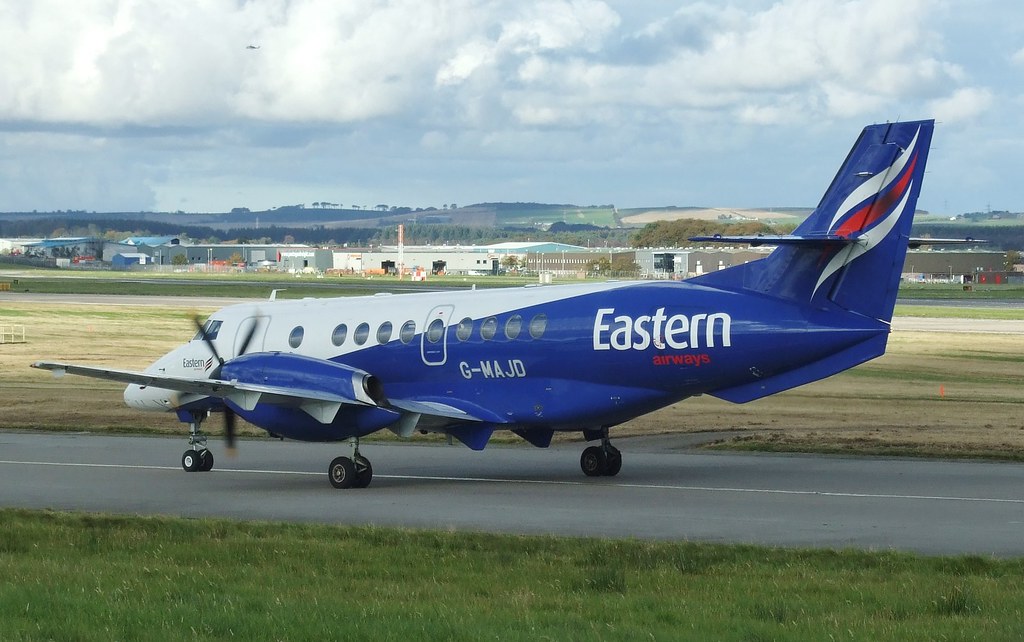 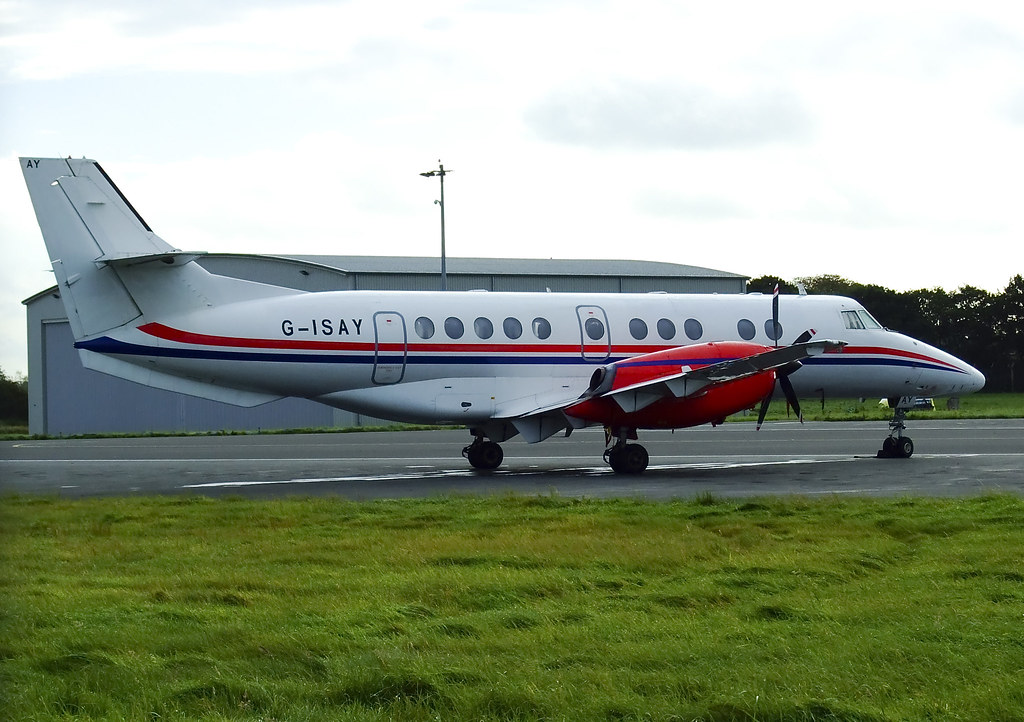 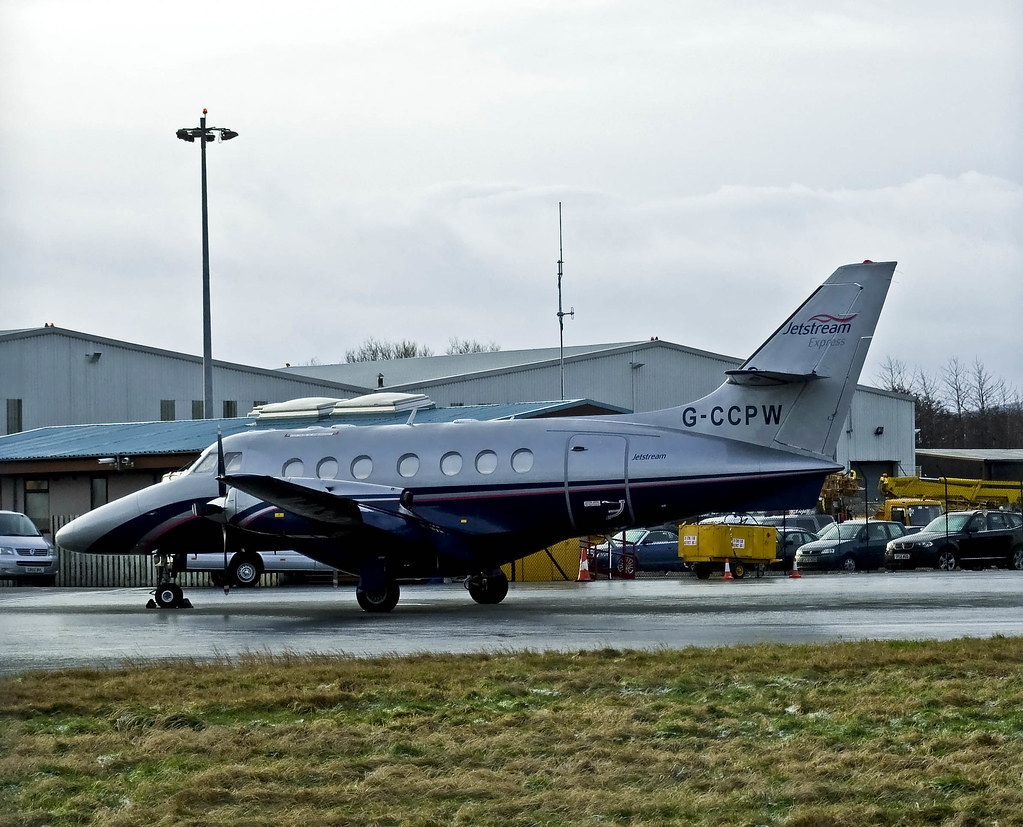 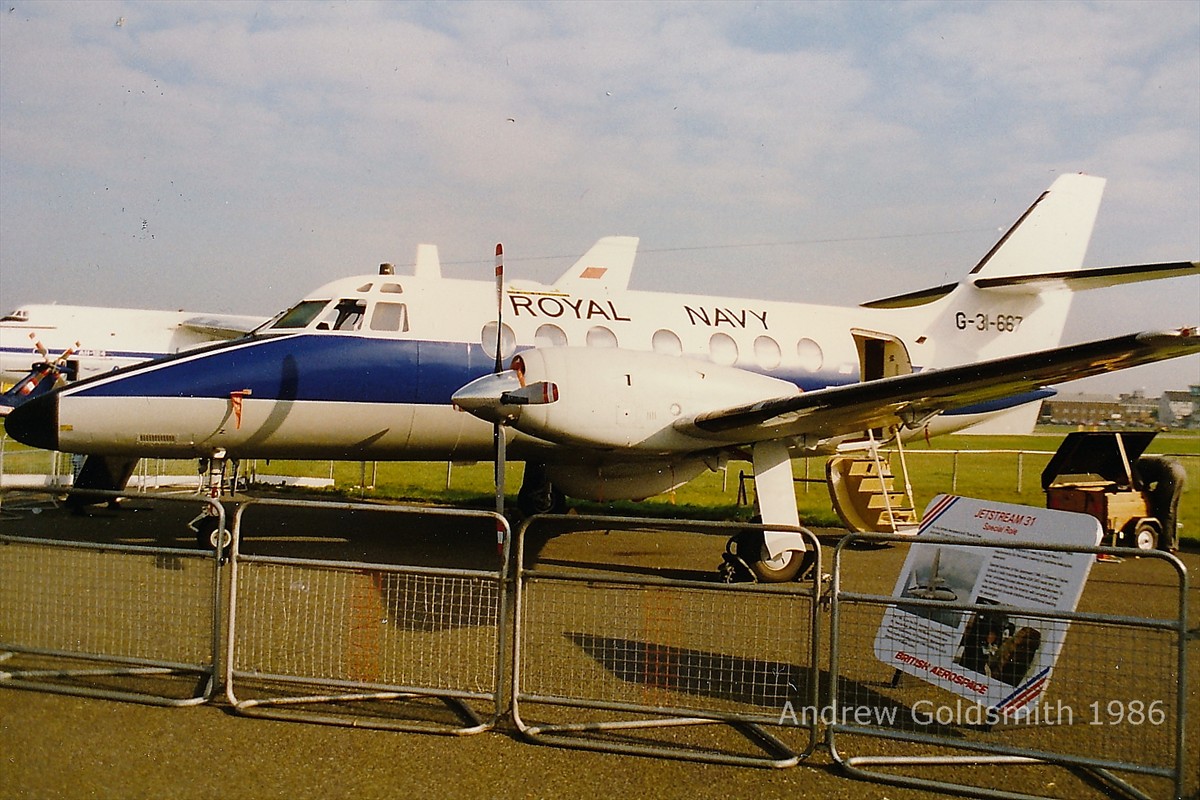 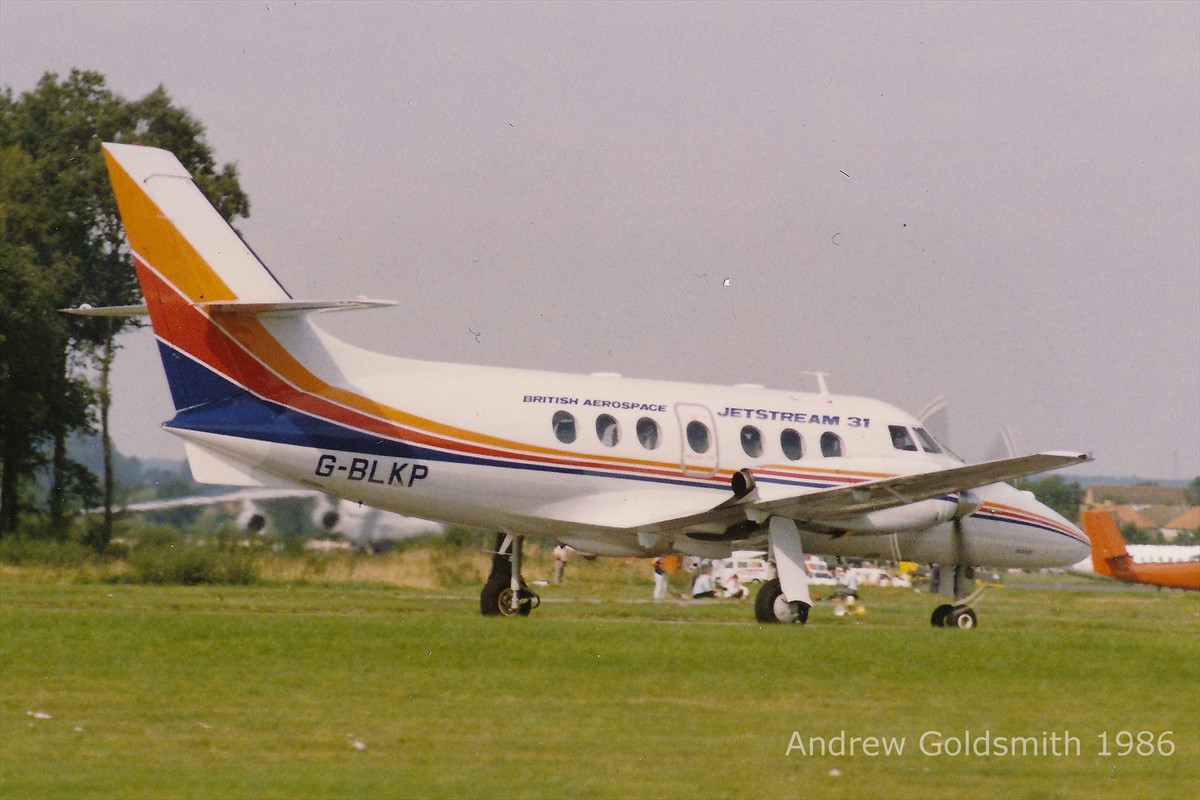 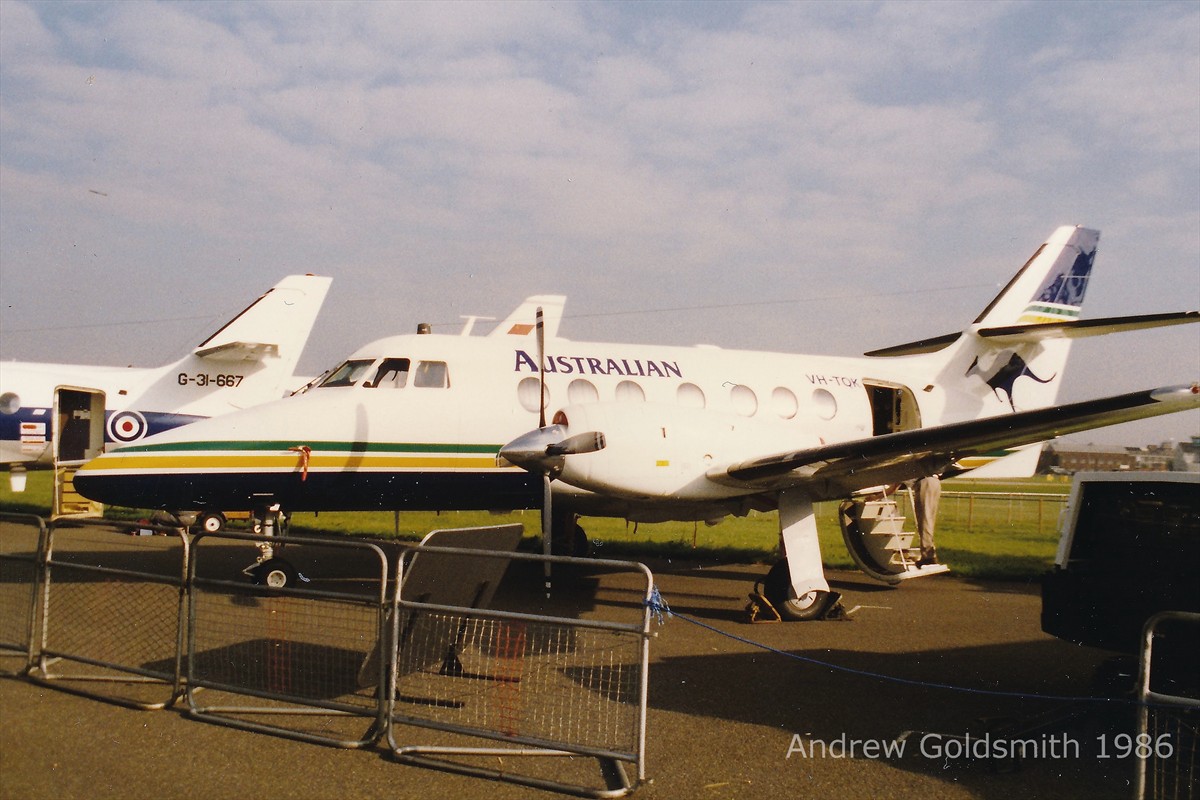 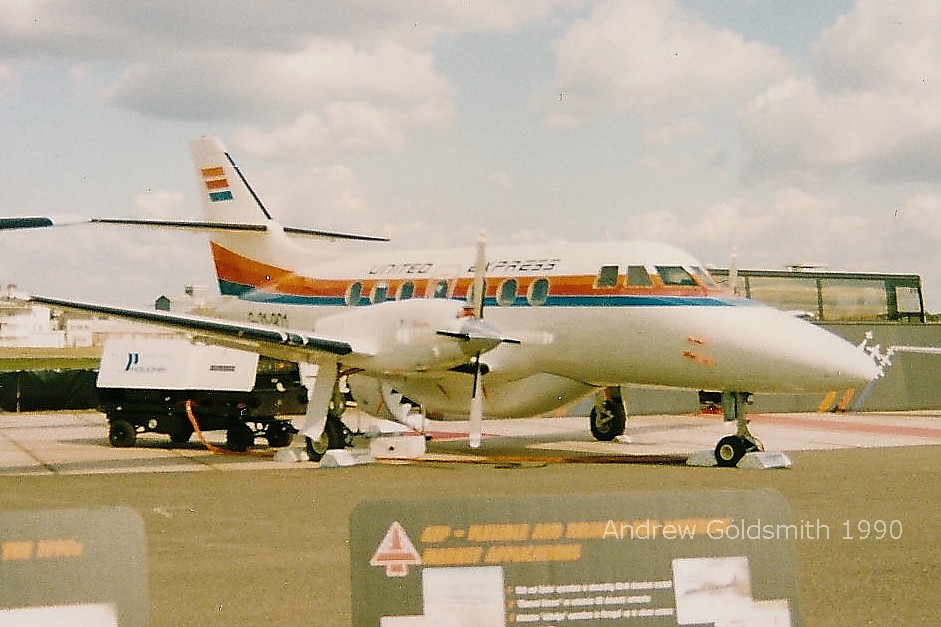 and the 300th Jetstream G-BSMY of Pan Am ,sorry haven't researched it's US reg. 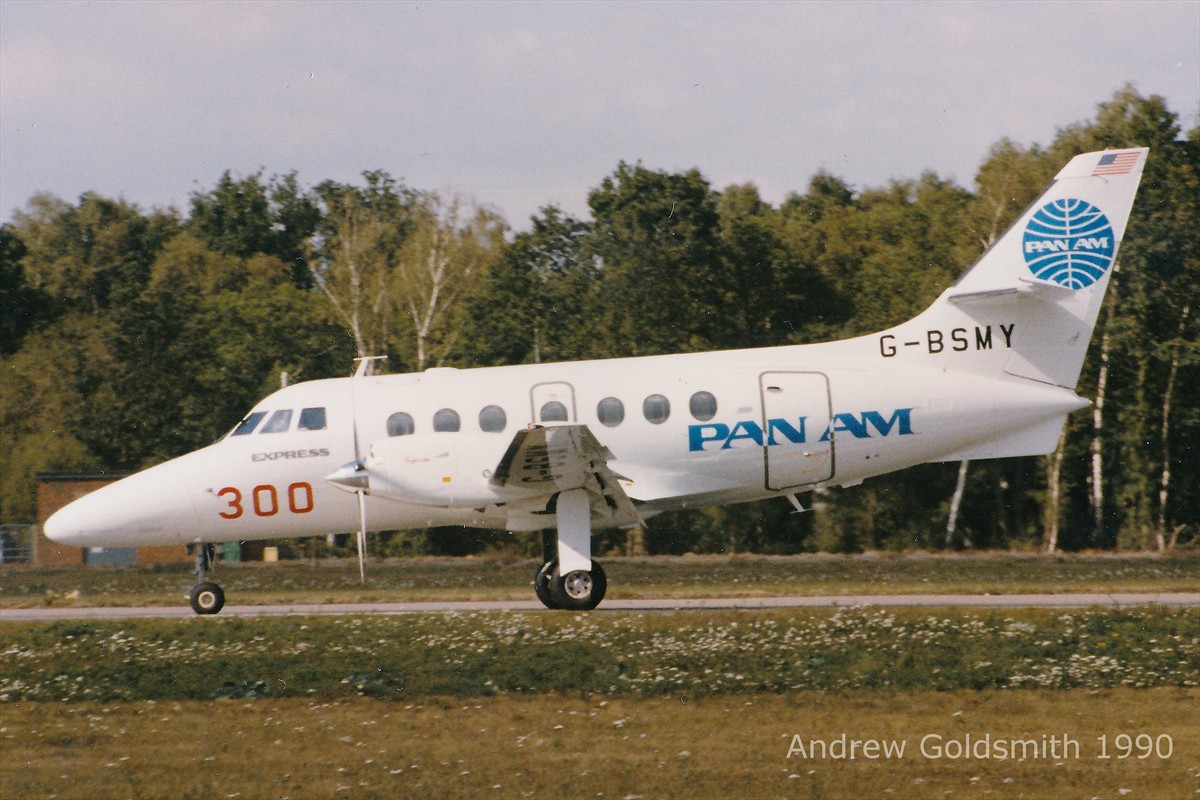 BAE Jetstream G-BSMY PanAm farnborough 1990 by sickbag_andy, on Flickr
Andygolfer (or at least I was once), now just plane crazy

A couple of scans from me.

Corporate Jetstream 31 N733VN of Vee Neal Aviation at Paris Le Bourget in 2001. The aircraft went on to be C-FREQ of Chartright Air. 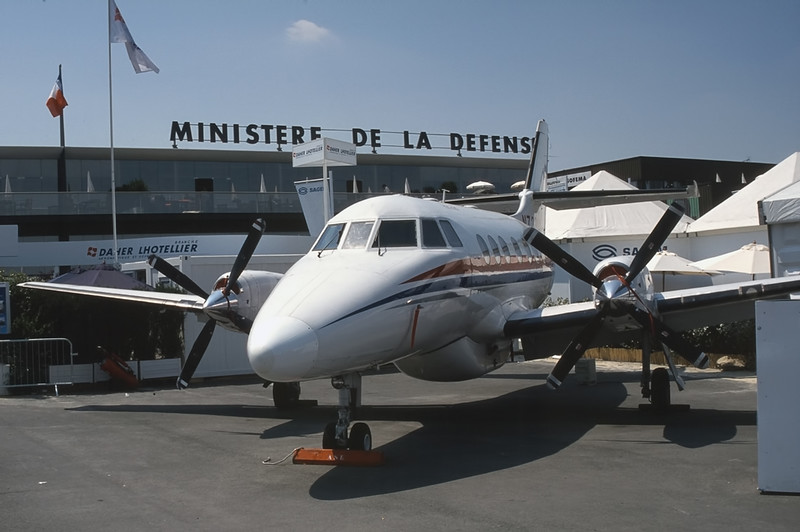 Eastern Airways Jetstream 32 G-BYRM taken at Manchester in May 2003. Formerly OH-JAF of Air Botnia it went on to become SP-KWD of Jet Air. 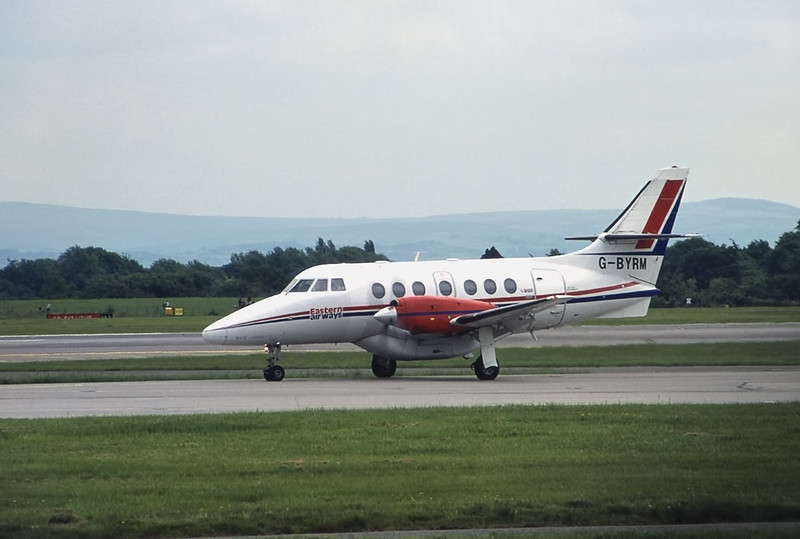 Just stumbled across another one in my photo collection - G-BWWW at Farnborough, 13/07/2012.

I need to scan my film Jetstreams, but here's a few of an Astazou powered Navy one at a Northolt Nightshoot back in 2010 just before retirement:

Just found this lurking in my old negative collection, G-BBYM at Gatwick 1977/8

Some Wrecks and Relics at various storage sites 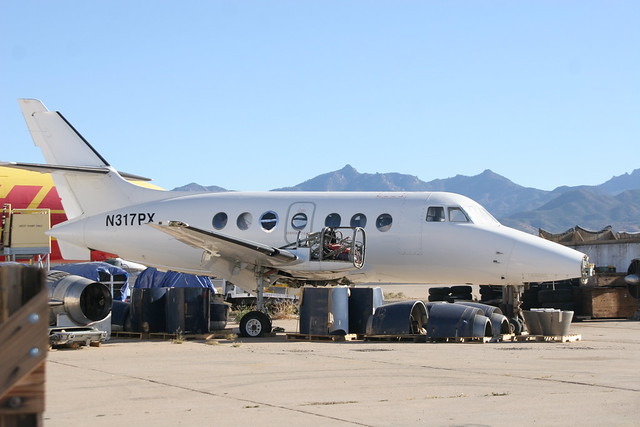 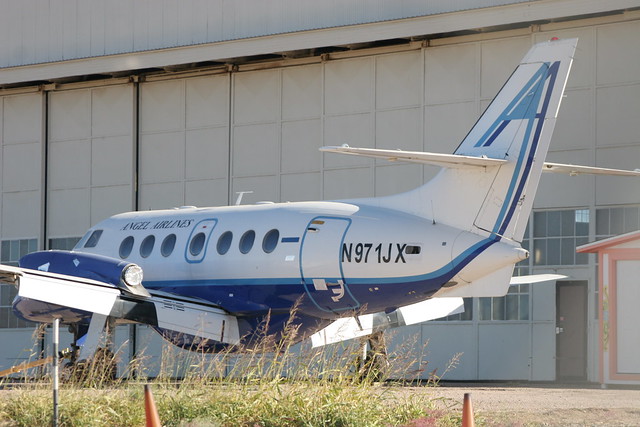 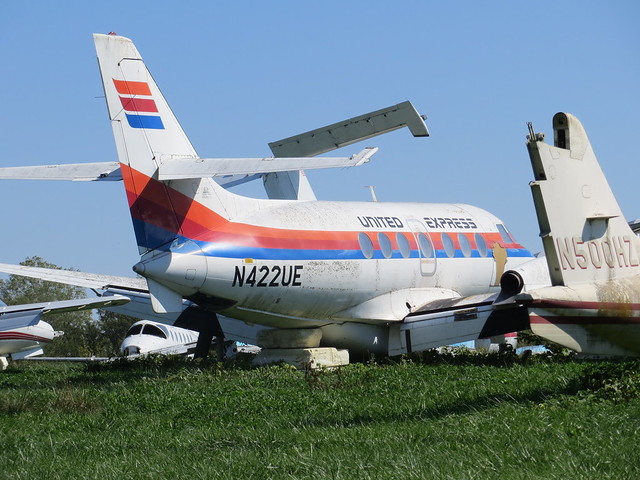 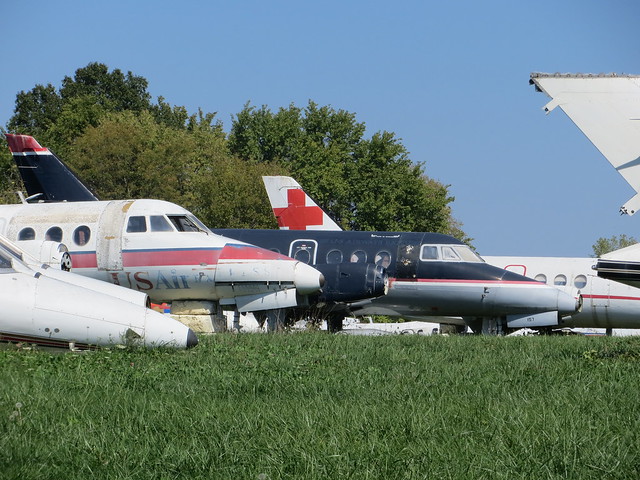 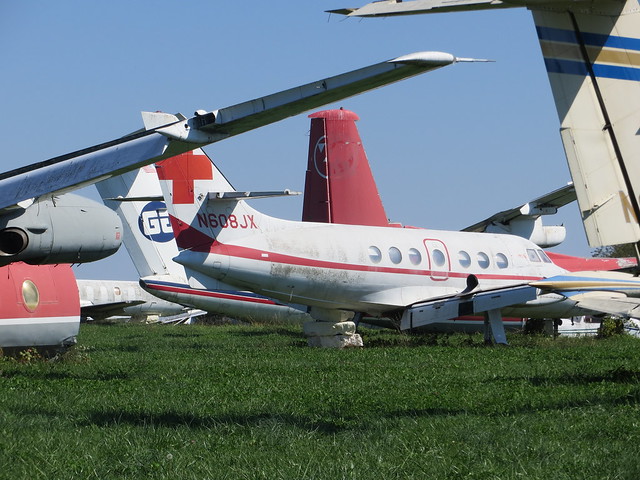 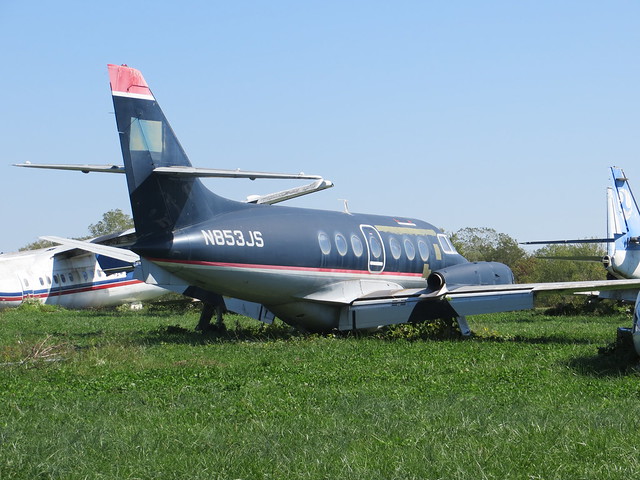 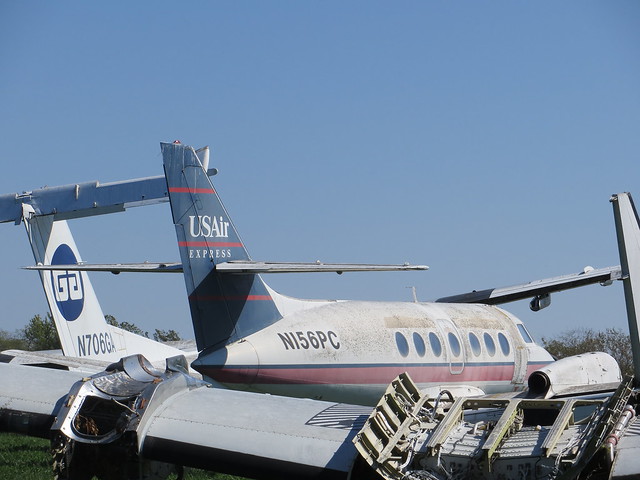 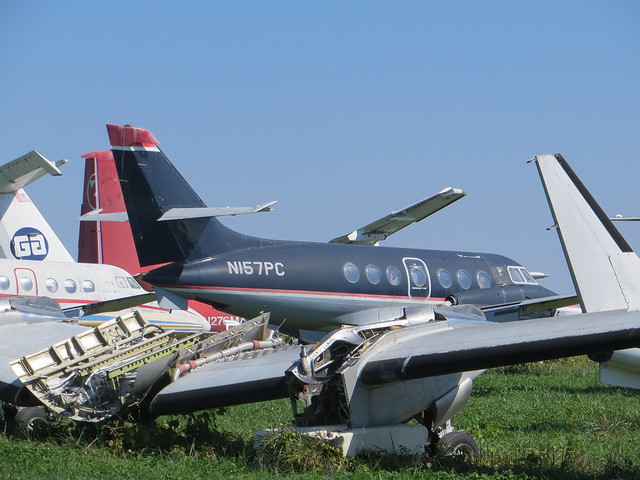 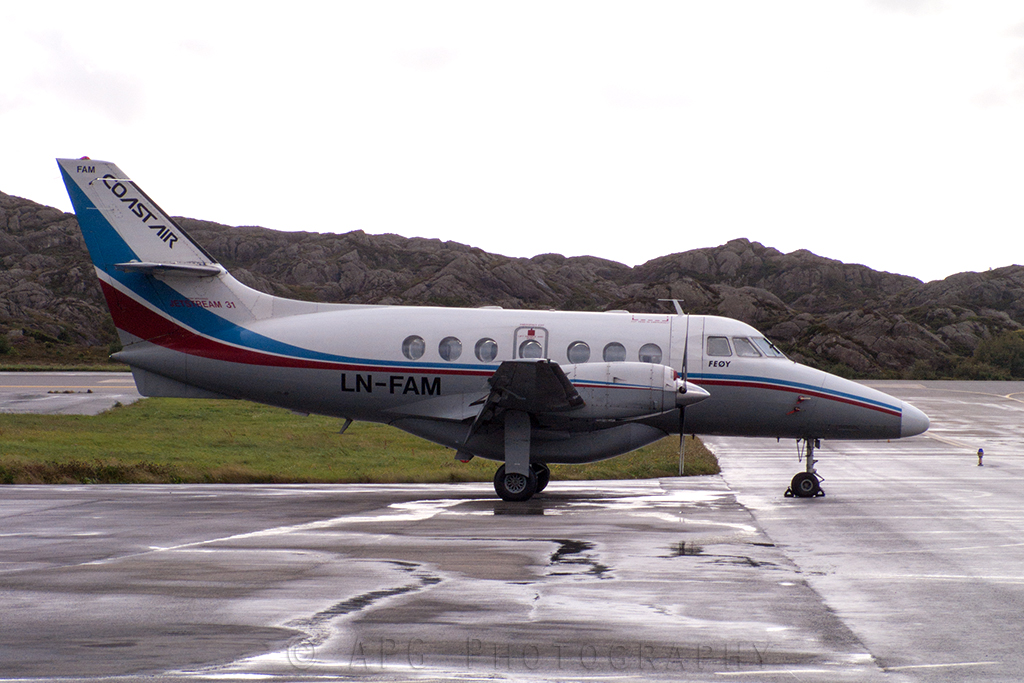 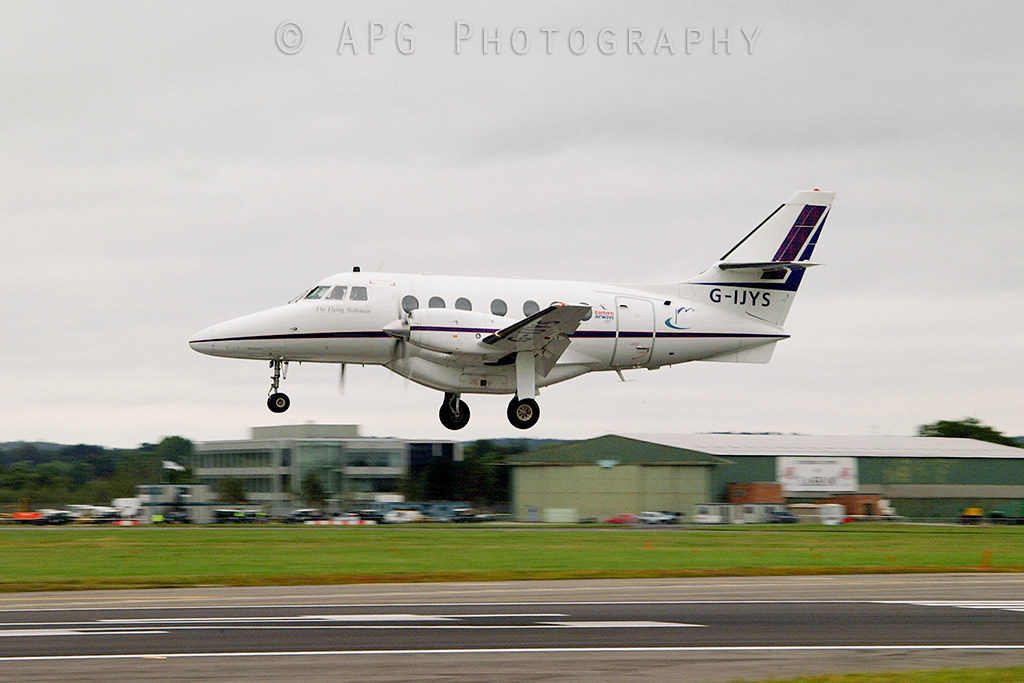 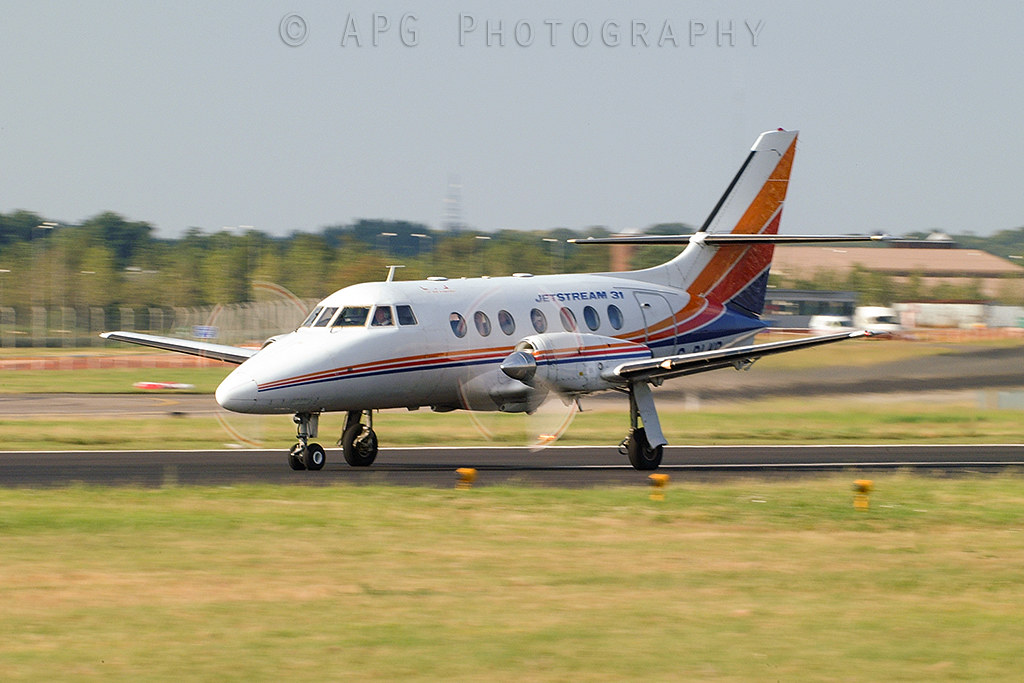 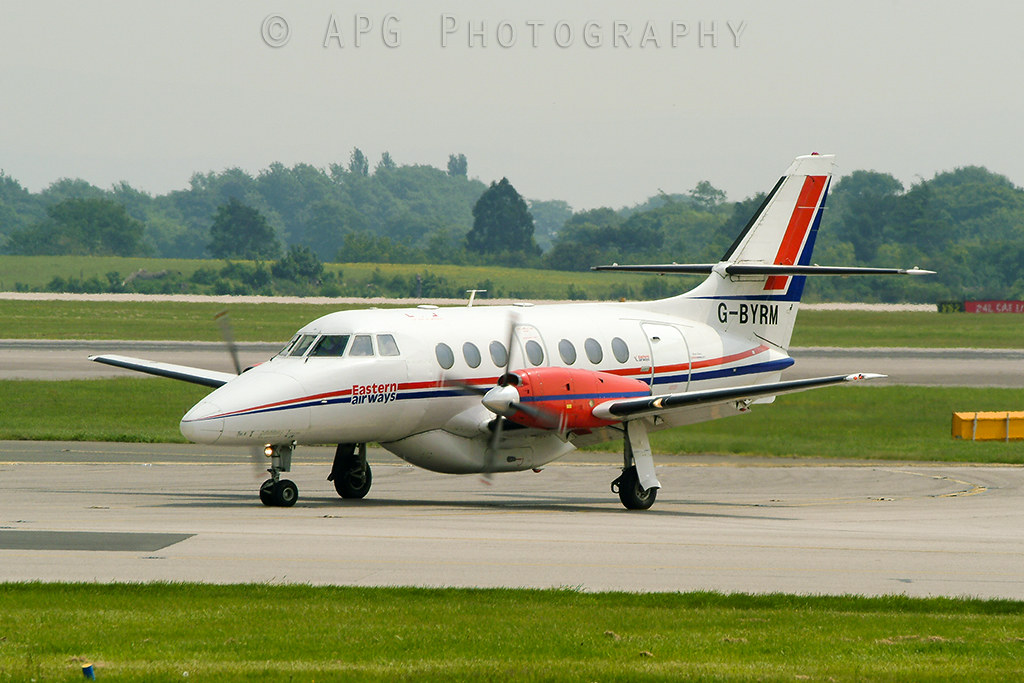 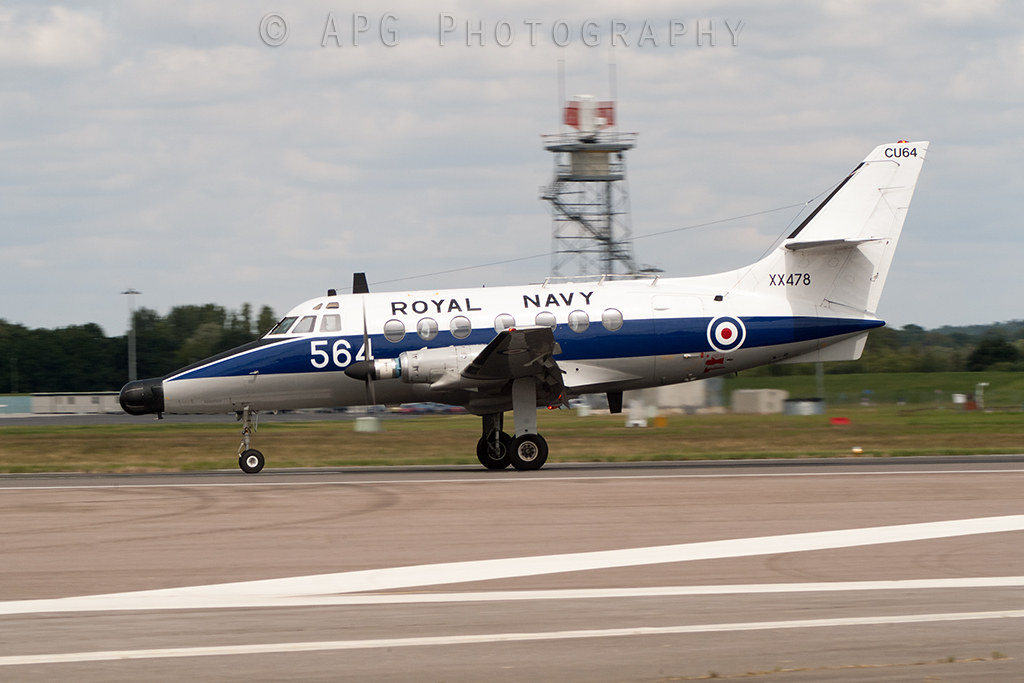 I keep finding them hiding in all parts of the world ! N680AS at San Juan, Puerto Rico !

And N487UE landing at St Maarten !