Post your logs, movements and information for The Rest of the World.
Post Reply
2 posts • Page 1 of 1

I recently visited Victoria BC and spent quite a bit of time on or around the waterfront in the centre of the city including watching the movements at the seaplane terminal of which there are many! I thought a bit of a guide might be handy for anybody planning to visit the city................

The terminal is located on the waterfront (Wharf Street) on the inner harbour. If you're in the city you can't really miss it, it's close to where the whale watching trips depart from (they pass the terminal so if you go whale watching you will get an extra bonus

).
There is a walkway all along the waterfront but unlike Vancouver there are buildings etc in the way so you have to pick your spot a bit more carefully. The best views are from the terminal dock from which I took some of my photos when I went on a sightseeing flight - they are well worth it and very reasonable, the short flight (about 20 minutes) is $119 (Canadian) - about £70 although I pushed the plane out and went for the 40 minute alternative at $189 CAN. With that you will get views from all conceivable angles (and some less gynecological ones) of aircraft on the dock and taxiing in and out. There are also water taxis that go to and fro across the harbour so you can get views from them as well and without perspex in the way. Here's a location map that I've produced: 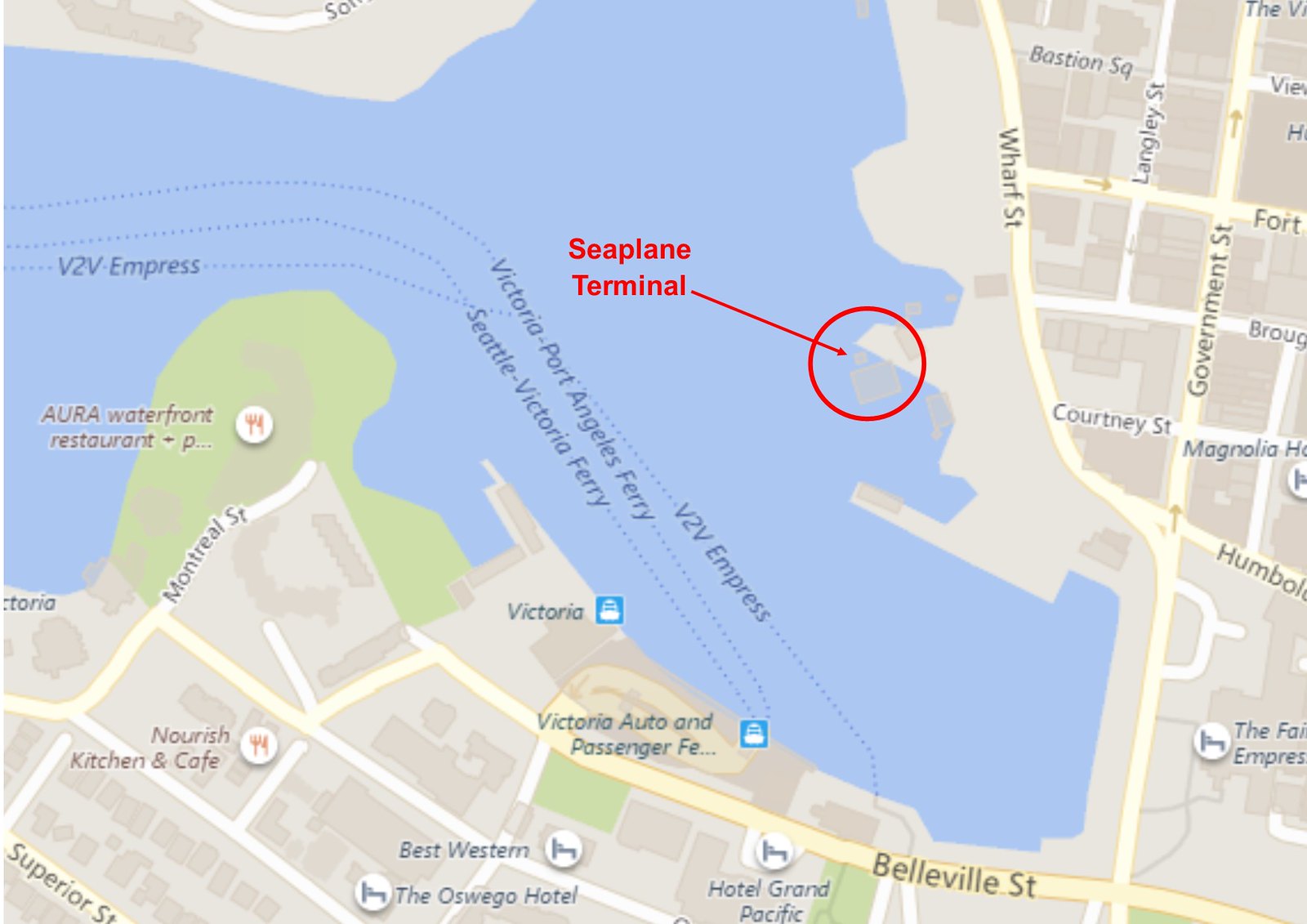 the main operator is Harbour Air with mostly DHC.2 Beavers, DHC.3 Turbine Otters and DHC.6 Twin Otters but there are others as well with similar types.

Lens-wise you don't need anything extortionate, I only took my Sigma 18-250 as I didn't want to lug my 100-400 combination around (except when I went whale watching) and that was sufficient for everything - for the aircraft on the jetties even a 100mm lens would be ample. The aircraft take off in the outer bay around the Fisherman's wharf and Cruise terminal areas so an excursion to that area will be necessary if you want take off action (it isn't too far tbh).

From wharf Street you're facing west so the sun is behind you until late afternoon and then in the evening it's ideal if you fancy sunset shots (mine in the link below were taken just to the north of the terminal from the car park which is publicly accessible.

Finally I also visited Vancouver seaplane terminal (see my guide). Victoria is good but of the two Vancouver has the better and easier views unless you go dockside.

Hope that's useful
Andrew
Andygolfer (or at least I was once), now just plane crazy

Re: Victoria BC seaplane terminal guide

Return to “The Rest of the World”

Users browsing this forum: No registered users and 2 guests