by EGNH1909
This was a railtour that routed Birmingham-Settle Carlisle line-Carlisle-Cumbrian coast route-Birmingham on 14/4-hauled by two Class 50 diesels 50007 Hercules and 50049 Defiance. Saw them early morning and late afternoon as they passed through Lancashire and Cumbria.
(The locos were known affectionately as 'Hoovers' because of the sound of the centrifugal air filters originally fitted!).

Crossing the viaduct at Whalley in the Ribble Valley, early morning. 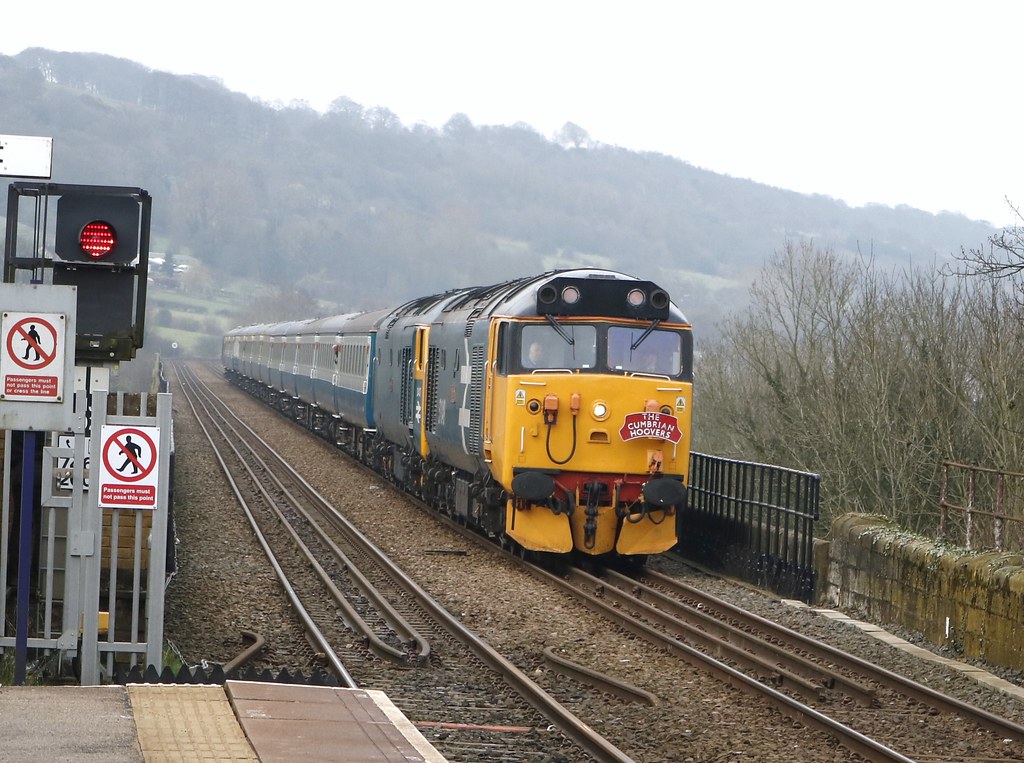 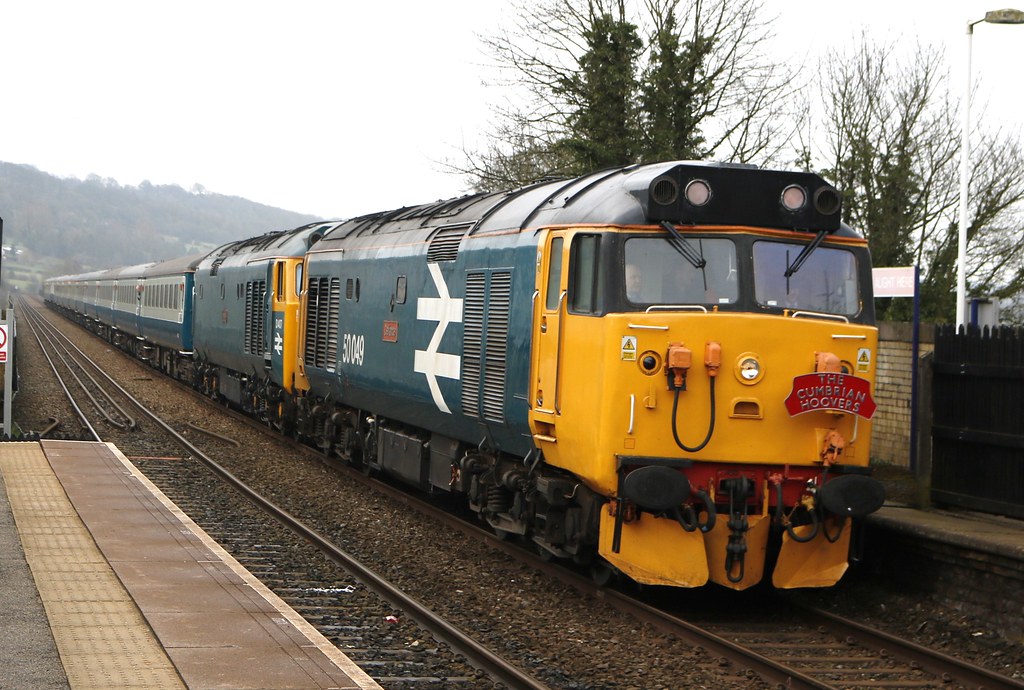 Crossing the viaduct at Arnside on the Cumbrian coast, late afternoon. 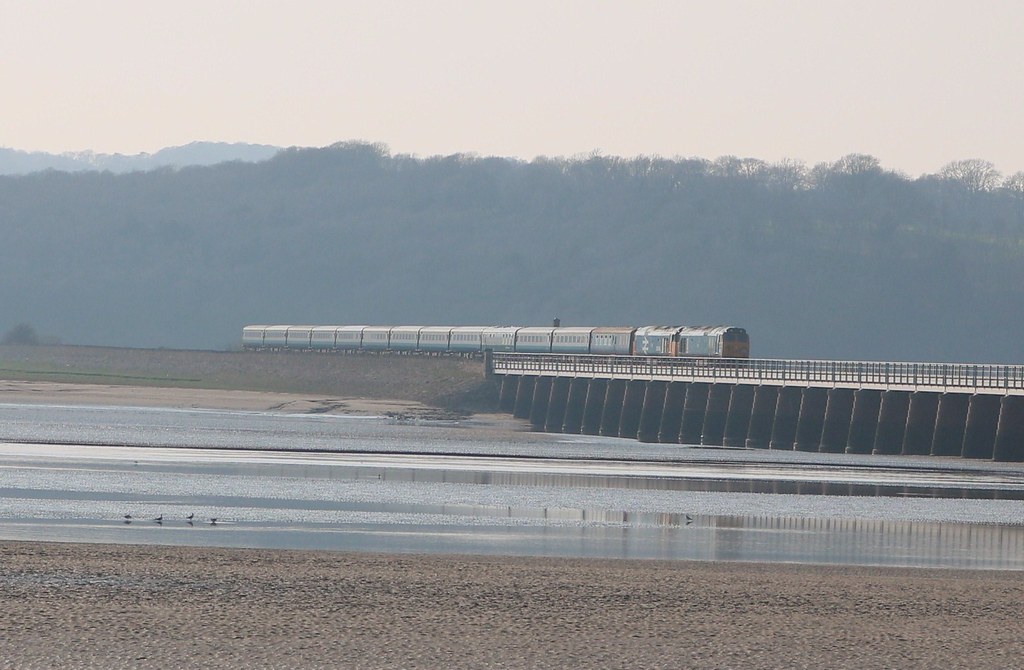 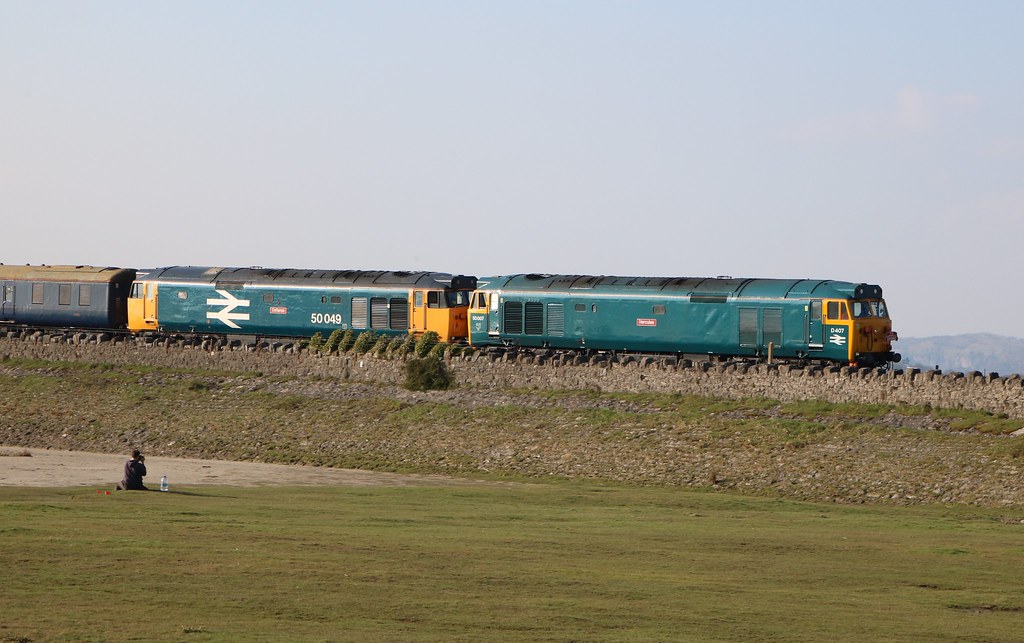 Hope they are of interest to anyone who remembers these in their heyday.
Best Wishes
Pete

by jonf45
Great shots, spent many years doing Hoovers around Exeter and the West country up to London

by andygolfer
very nice Peter, there is one clear advantage for your locations over East Anglia where I photograph the occasional locos - no overhead cantenaries, no matter where you stand they get in the way!

thanks for posting them

by james143611
Brilliant! Love the first and third shots. Looks like the Cargo-D rake (if they are still around?) Either case nice to see a matching livery set of coaches rather than the usual mishmash of liveries!

by Nighthawke
Proper diesel locos! I do like the third one - rail and water is a great mix photographically.

Here's my video of them at Wigan and later Bamfurlong on their return in the evening.
https://youtu.be/RR1EdKcycVw

The Cargo D stock went to DRS, the stock that was used in this tour was the Rivera stuff which has finally been painted into Blue & Grey after spending far too long in faded ex-Virgin livery... now if we can convince them to paint a rake in Intercity

by james143611
Oh right! Wondered why I haven't heard of that Cargo D set for a while.

It makes all the difference! Especially in your video, with some imagination it looks like a video from the BR era. Nice spirited departure from Wigan too

by FlyingColours
Yeah Cargo-D went bust I think around 2013-2014 which was a shame, the positive was that at least DRS took on the stock so it's getting daily mainline use

I know what you mean about imagination, if only we could convince Rivera to paint that Genny in Blue & Grey or a full set in Intercity and we'd be laughing